Nicole changed Peru for Derby and hasn’t looked back

Ever since I received my degree in Speech Language Pathology I knew I wanted to live and work in either New Zealand or Australia at some point. I was aware of the Mutual Recognition Agreement between the USA and Australia, but I didn’t know exactly how to procure employment and navigate the visa process to realise this dream. One of my co-workers happened to mention a friend who had gone through Global Health Source (GHS) to get a placement in New Zealand and had been very happy; so I immediately contacted her. I’d heard some negative things about various contract agencies (not enough support, misinformation, etc) and was concerned about which company to go through for employment opportunities. So when I heard such great things about GHS I instantly contacted them. 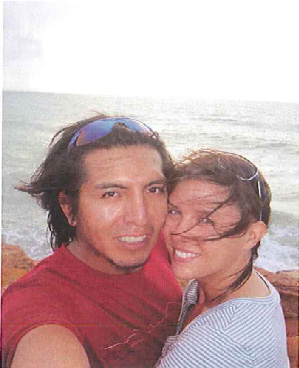 Even though it was well over a year before I was able to make the move, I wanted to broach the subject with GHS early on because I had some extenuating circumstances; (1) I am from the USA so health care is not reciprocal in Australia, (2) I married a Peruvian citizen and was living in Peru, which complicated matters immensely in terms of visa paperwork, proving the relationship (translations, approved embassies to use for visa verification, health checks, etc), and basic communication. GHS were incredibly helpful and informative from the very start. They gave me accurate and useful information about what to do initially with more than a year to go (for example, getting my NZSTA membership) and contacted me closer to the date when it was time to discuss job prospects and visa paperwork.

My first choice was New Zealand, but at that time there were no positions available. GHS contacted me about a job in Derby, a very small town in Western Australia, because my husband and I were keen to get out of South America. I agreed to an interview with the stipulation that if a job in New Zealand became available later I would like to be considered for that too. The team at GHS walked us through the entire process even though we were getting married and on our honeymoon during the planning and paperwork phase. They provided excellent support and clear instructions regarding the entire process. They organised everything with the employer, including my start date and transport, and now that I’ve been here for four months, I’ve extended my contract for another six months because I am so happy in this position!

Throughout my numerous conversations and emails with GHS they got to know me, my professional skills and job preferences quite well. This enabled them to make a very educated and accurate placement suggestion. I was initially concerned about moving to such a remote area (especially having grown up in Los Angeles, California) but they provided me with very accurate information about the job and the town. GHS were right when they said most people end up staying longer because they love it so much!

There are of course positives and negatives to every job. For this particular position there have been the following positives: the small town friendliness, accessible supervisor and co-workers, rewarding position, freedom and flexibility to mould the speech department into a new and more preventative care model direction. The negatives have been the mess the department was in because the position had been empty nearly eight months, the large caseload, and the challenging population because of the cultural differences. In saying that, with efficient procedures in place and good business planning, the negatives can eventually be lessened and the positives far outweigh the negatives. The way of life up here in the Kimberley is lovely and relaxing. The sunsets are endlessly breathtaking, the town makes its own fun so there is always something social going on, and it has allowed my husband and me to really enjoy each other’s company as newlyweds!

The team at GHS have continued to keep in contact with me throughout my time here in Derby, both to check in on work-related matters and socially as well! When we first arrived in Sydney in October, prior to making our way to Derby, coincidentally one of the directors of GHS was in town at the same time, and just down the street from us. She took time out of her holiday to meet us for a drink and a chat. It was so wonderful to put a face to the name and voice over the phone.

I cannot say enough about GHS and their professionalism, support and perfect placement for my husband and me.

Did you hear about…