I needed an adventure and sonography enabled that

25 Jun, 2013
Home » Success Story » I needed an adventure and sonography enabled that

Having been at the same hospital for 13 years since qualifying as a radiographer (and subsequently an ultrasonographer), at the age of 35, I decided that I needed a lifestyle change. Having no real commitments in the UK I decided that the change would be a more adventurous one and that’s when I decided Australia would be my destination!

I began with an internet search on Google and found some agencies that may be able to help and then the email frenzy (at least from my side) started. I was very disappointed as by the end of the week no one seemed to respond. I knew a couple of my friends (also in the same profession) had made the move to New Zealand a few years earlier so decided to seek their advice on how to get started. 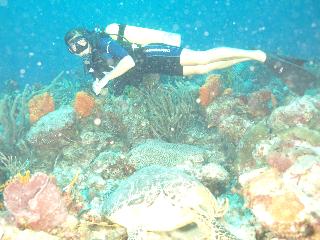 That was my introduction to Global Health Source. I emailed them and to my joy got not just an acknowledgement email, but a personal phone call, all within 24 hours!!! My life changing adventure had begun!

GHS (in particular Joanna Calder and later on the migration agent, Daniella Ion) were absolutely amazing. They helped guide me through the application process for the various bodies that needed to assess my UK qualifications giving help and advice, or just provided reassurance that everything was going smoothly.

Whilst this process had been going on, GHS had been job hunting for me. I knew I wanted to be in Queensland, in particular North Queensland, where I could also indulge my passion for scuba diving…namely the Great Barrier Reef!

I had a trip to Australia lined up and Joanna managed to organise several meetings with prospective employers. I really enjoyed the trip and realised that it was definitely the place I wanted to make my life changing move to. As a result of the meetings, I received a letter of offer from one of the employers and then the visa process began (this is when I met the next star, Daniella). This was a very quick process and before I knew it, my bags were packed, and I was boarding an aeroplane to start my new life in a country on the other side of the world!!

I would like to say a massive ‘THANK YOU’ to everyone who helped me at GHS. They are a superb company who live up to their promises. They did everything they said they would do and to the timescales agreed. Not only that, but their aftercare was also outstanding with personal phone calls to ensure everything was ok and that I was settling in with no problems.

I would highly recommend the services of this company to anyone wanting to make a change such as mine in their lives. It is hard enough to come to such a decision, and to leave much loved friends and family on the other side of the world, but with less stress it makes the transition a lot easier and that was achieved with Global Health’s help and support. Thank you one and all!