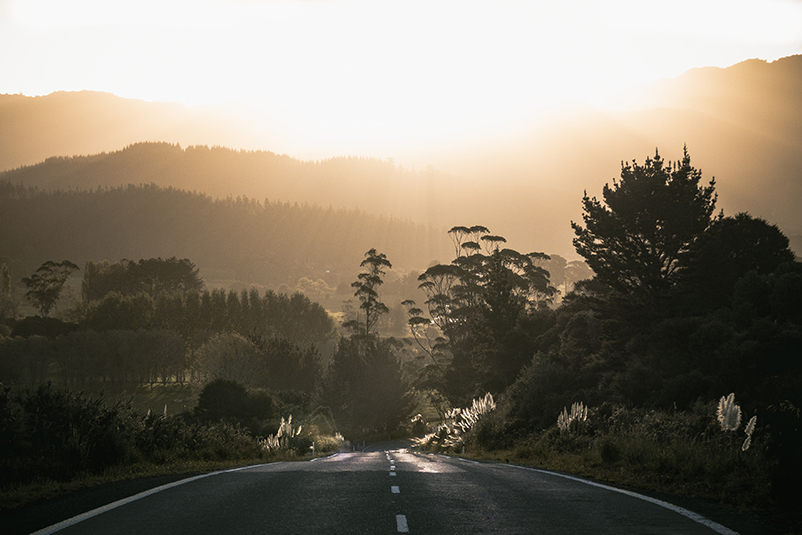 The Coromandel Peninsula lies in the North Island of New Zealand. It is part of the Waikato Region and Thames-Coromandel District and extends 85 kilometres north from the western end of the Bay of Plenty, forming a natural barrier to protect the Hauraki Gulf and the Firth of Thames in the west from the Pacific Ocean to the east. At its broadest point, it is 40 kilometres wide. Almost the entire population lies on the narrow strips along the Hauraki Gulf and Bay of Plenty coasts. The country’s biggest city, Auckland, lies on the far shore of the Hauraki Gulf, 55 kilometres to the west. The peninsula is clearly visible from the city in fine weather.